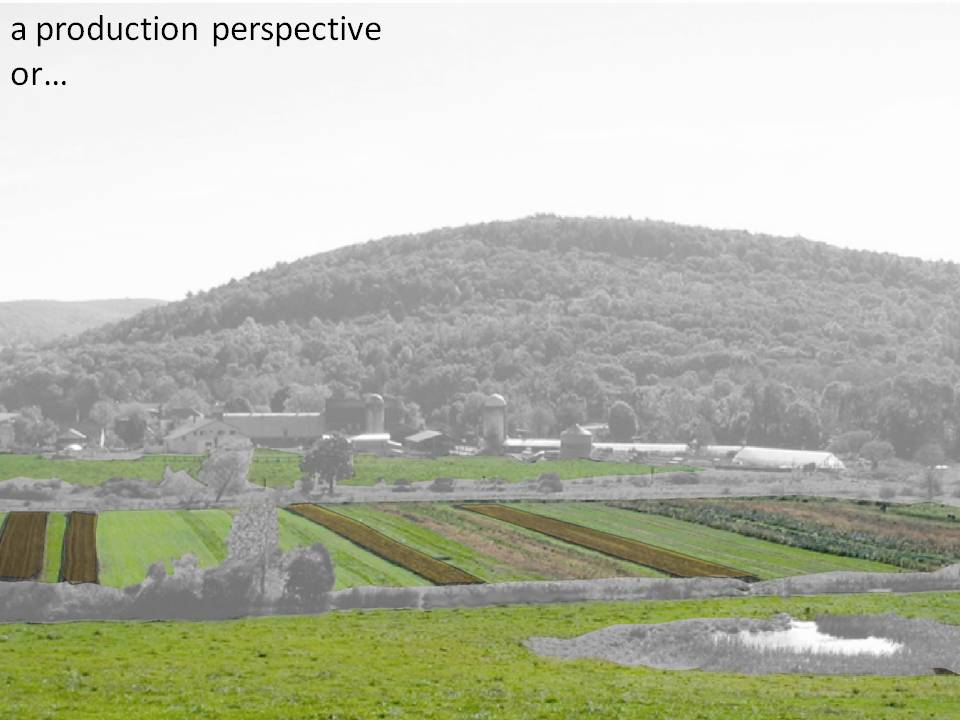 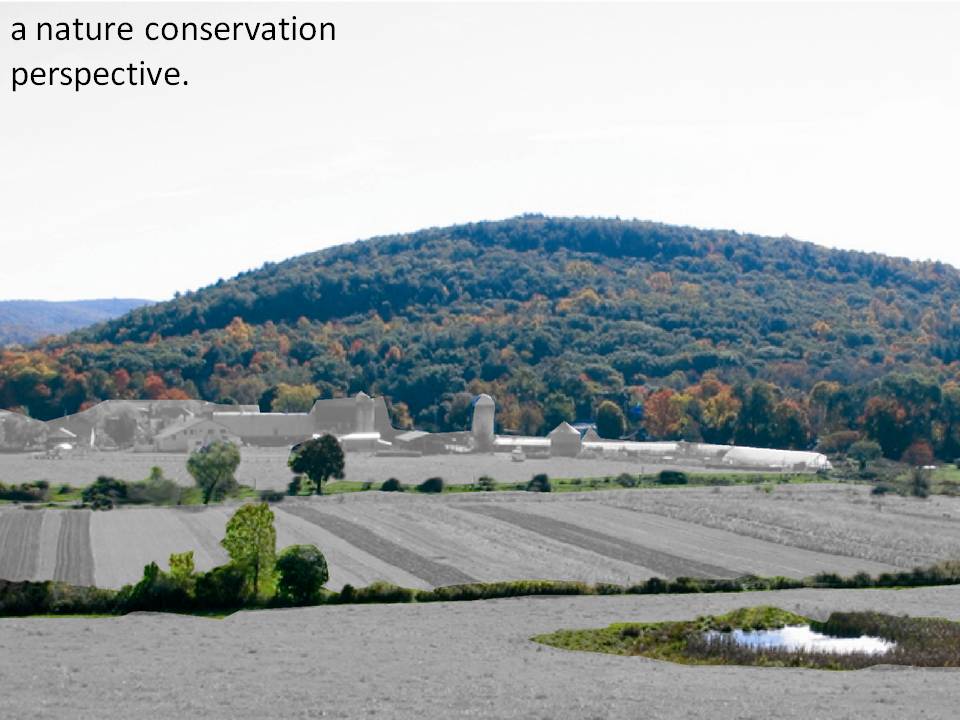 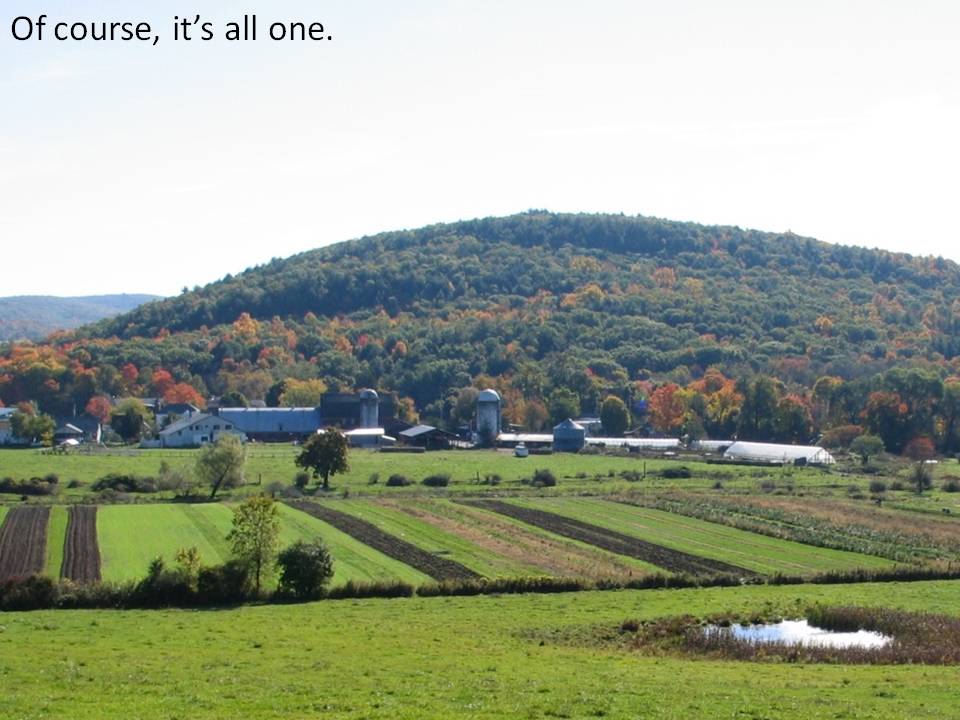 Farms have a nuanced relationship with native plants and animals in our landscape. Surely, the extensive removal of forests that accompanied the 17-19th century spread of European farming in the Northeast meant habitat loss for numerous species. Today, terrestrial and aquatic habitat impacts continue, but there is also a basis for exploring the potential synergies, i.e., the agriculturally-created habitats (here used in the sense of 'biotopes') which actually provide important resources for native creatures.

One of the concepts we use to seek these synergies is the idea of ecological analogies. In other words, farms do not restore prairies, beaver ponds or post-forest fire landscapes, however, for some organisms they provide analogous habitats that, demographically speaking, work. For example, well-managed rotational grazing can help maintain open wet meadows which may provide refuge for some of the native plants and animals which flourish in beaver meadows. Although beaver have returned to our area after their likely local extinction around 1700, densities and activity are probably well below historical levels. Thus, wet pastures have the potential to provide meaningful habitat for certain beaver meadow residents (not including beaver!).

Perhaps a better known example involves hayfields and grassland birds. In the Northeast, the range of grassland birds no doubt expanded dramatically with 19th century, grass-based agriculture; the historical demographic heartland of many such species were the prairies of the Midwest. The 20th century decline in Northeast grass-based agriculture, together with the plowing up of much of the prairies is one challenge to the survival of these birds species. Today, Northeast hayfields host the nesting of several grassland birds, the most common example (in our area) being Bobolinks. One could thus say that hayfields serve as ecological analogies for the prairies or other native grasslands that originally hosted these species. This is an illustrative example of the species-specific aspect of habitat: birds like Bobolinks are looking primarily for suitable nesting structure (together, of course, with generally suitable ambiance); the European grasses that dominate our hay fields can provide this physical structure. Those same hay fields do not work so well for the butterflies of native grasslands - those species are 'looking' to grasses for the provision of caterpillar foods. Given the close co-evolution that often characterizes the relationship of caterpillars to their food plants, it shouldn't be surprising that European grasses often don't do the trick.

In the review that follows (basically an annotated Powerpoint presentation), we describe the on-farm habitats we frequently consider during our work here in Columbia County. We don't know how far outside the County our observations are relevant. Your feedback on that would be most welcome. 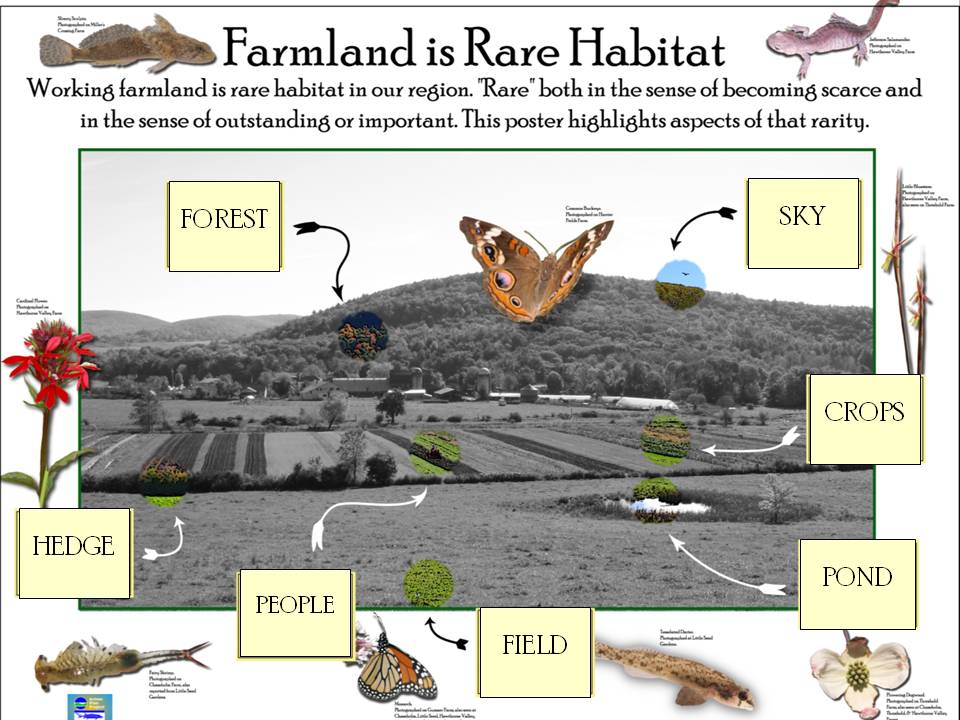 To continue your exploration, please click on one of the following image links: 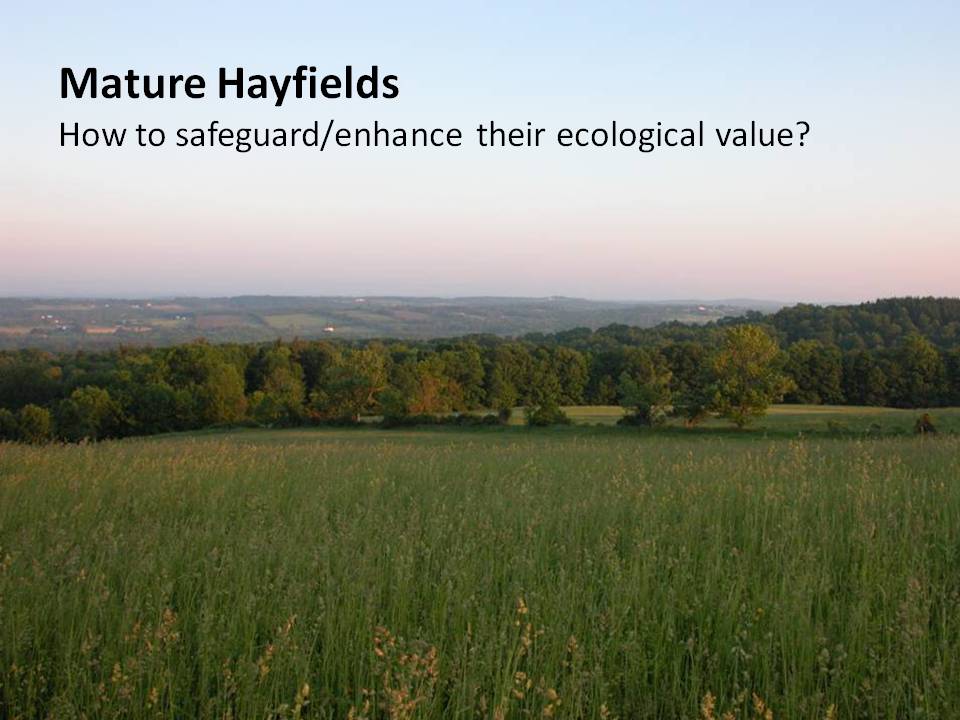 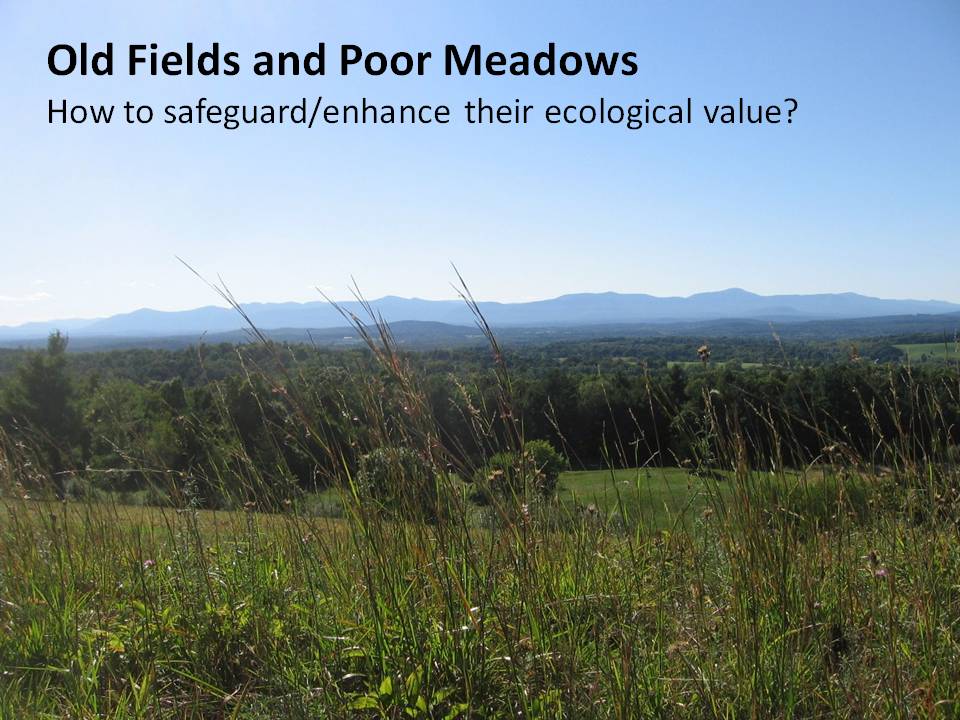 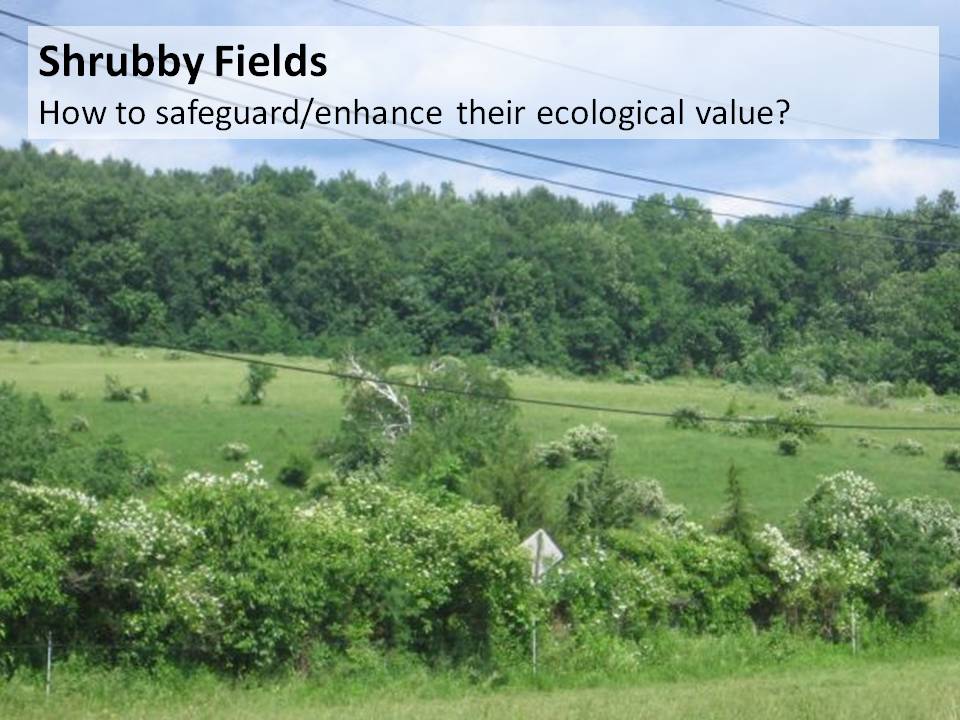 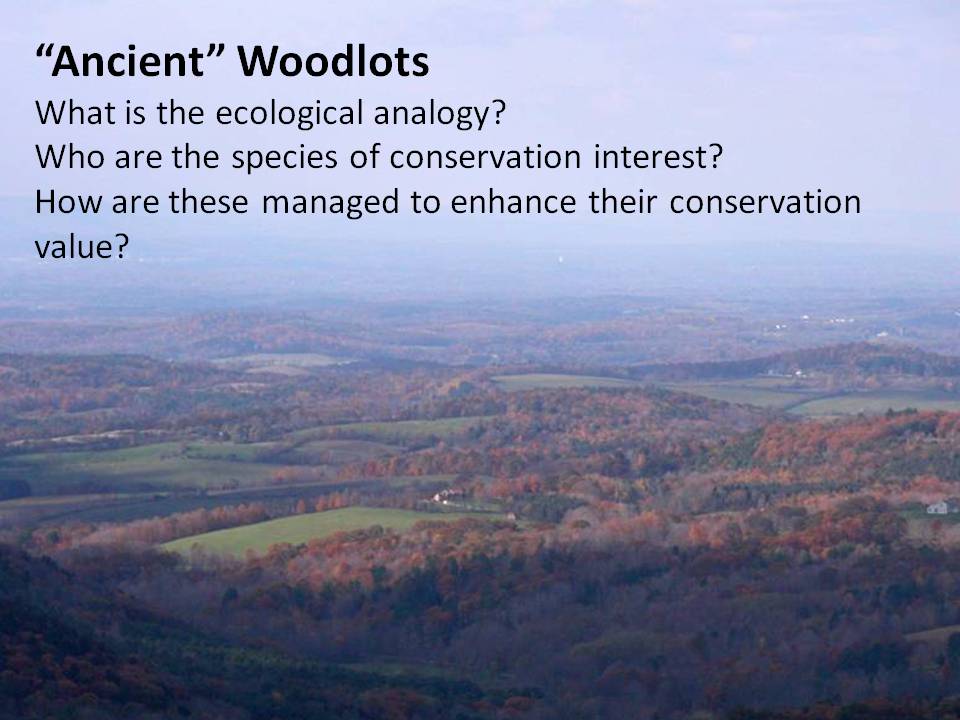 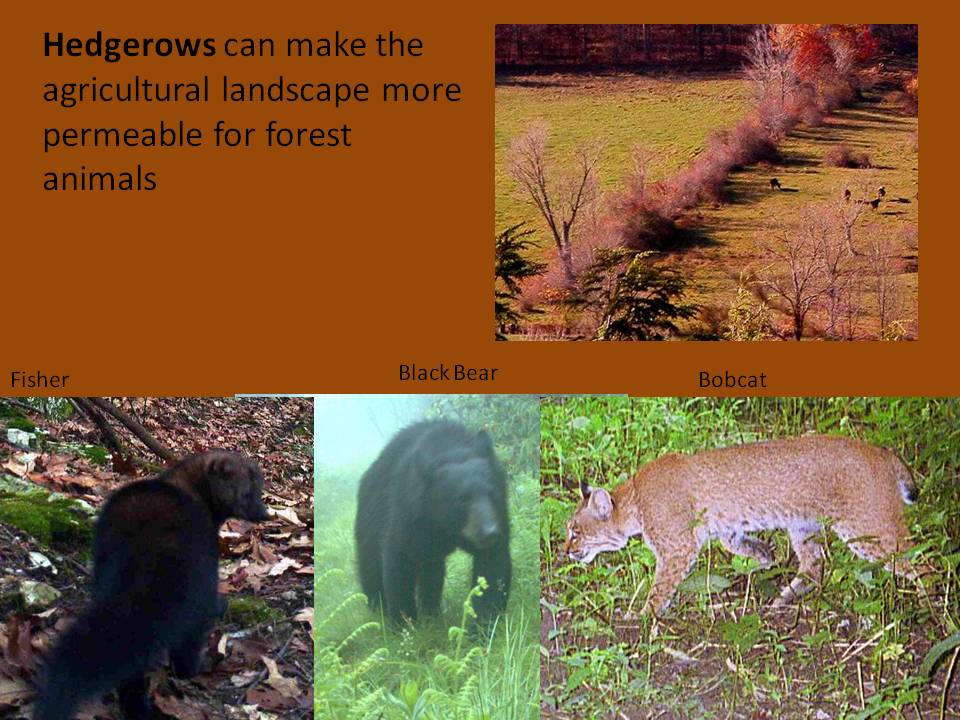 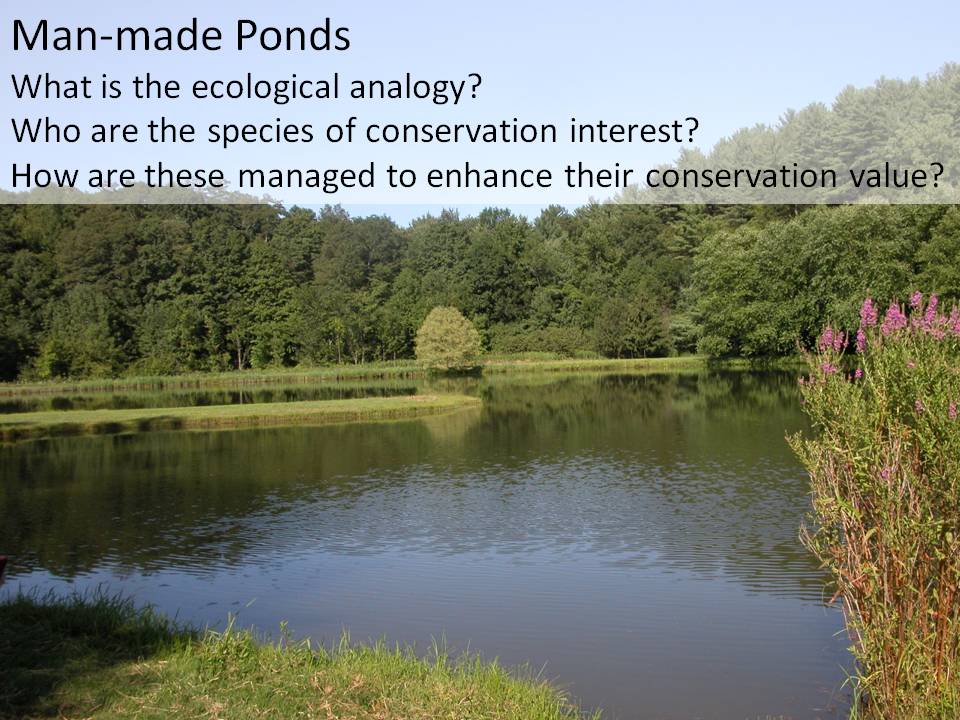