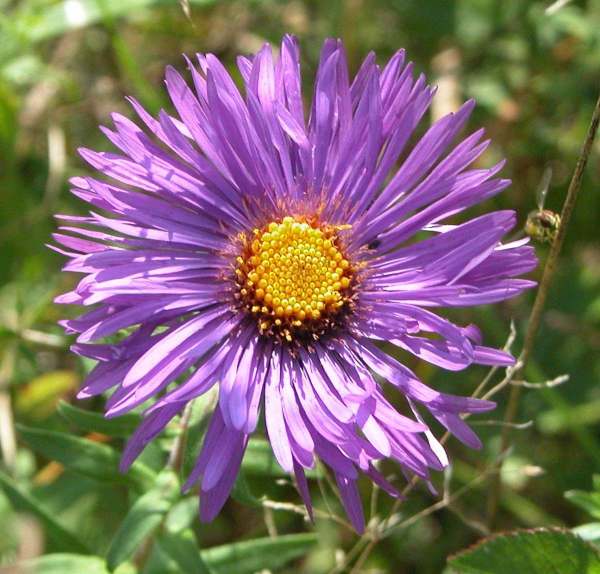 Columbia County has more than 1500 species of wild-growing vascular plants, incl. trees, shrubs, broad-leaved and grass-like herbaceous plants, as well as ferns and their relatives. This represents more than a third of the plants currently known from the entire State of New York. 75% of the County's flora is considered native to our region, while 25% is composed of non-native plants that have been introduced within the last 400 years mostly from Eurasia, but also from the western or south-eastern US and some even from the tropics. These non-native plants include 64 invasive species.

Some plant species are pretty common throughout the County, for example common grasses, legumes, and “weeds” of pastures, hayfields, and roadsides. Others are quite limited to certain uncommon habitat types, such as freshwater tidal marshes, acidic bogs or outcrops of calcium-rich rocks. Beyond habitat preferences, there are also patterns of geographic affinity. Certain plant species with a generally more southern distribution occur in our county mostly along the Hudson and the lower reaches of its tributaries, and are limited to the relatively flat, western half of the county. Plants of a generally more northern affinity occur mostly in the higher elevations of the mountains in the eastern half of the county.

To date, the best local resource about our flora and some of the patterns mentioned above is the book “The Flora of the Columbia County Area, New York” which was published in 1958 by Rogers McVaugh, based on his field observations as a young botanist in the 1930s. Our botanical work and, more generally, our understanding of the ecology of Columbia County has benefitted tremendously from the detailed information compiled by Rogers McVaugh in this Flora. Much of the knowledge we have to share about the plants of our County is based on his early insights and we are deeply grateful for his careful work that provided a solid base for our own efforts. Please read more about Rogers McVaugh, his work in Columbia County 80 years ago, and our delightful experience meeting him late in his life.

You find an annotated listing of all the vascular plants currently (September 2018) known from the County in our recently updated Columbia County Plant List. We will continue to refine the list by adding new species as they are discovered by ourselves and our colleagues during research in the County, and by updating the annotations about the rarity of species to reflect our (we hope) ever expanding knowledge about the plants in the County. We hope for your help in making this list ever more accurate, so please give us feedback if you have seen additional species or disagree with any of the information presented. This list is very much a work in progress, but we hope it serves as a useful tool for everybody interested in exploring the flora of our County.

Our own Local ID Guides

A Few of our Relevant Blog Postings

Recommended Field Guides for Herbaceous Plants (all of these, except the sedge guide, are approx. $20, cheaper if found used)

Winter Botany Guides, in addition to the above guides which can also help

Ecology and Flora of Our County

Ecology, Land Use History, Plant Communities, Animals of Our Region