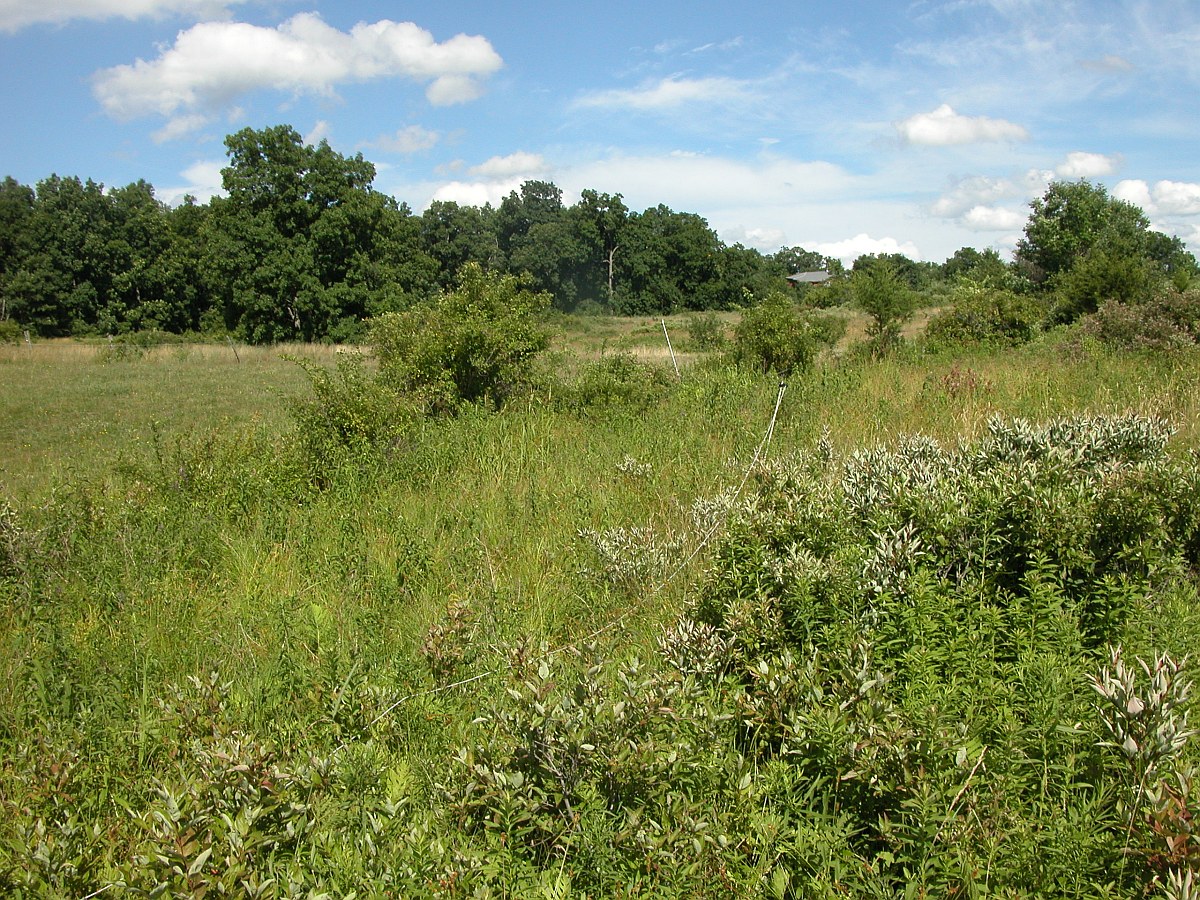 Shrubby pastures are sometimes considered a bane by livestock farmers. They suggest an impending reforestation that would rob the farmer of useful pasture. And yet, where they can be maintained (for example, by rotational brush-hogging of spots where shrubs are allowed to develop, coupled with regular post-grazing cuts of areas designated for pasture) these shrublands or shrub savannahs can offer important habitat.

Shrublands were probably not uncommon in our Pre-European landscape. Ecological analogies for shrubby fields include shrubby wetlands and post-fire regrowth (Fig. 1). 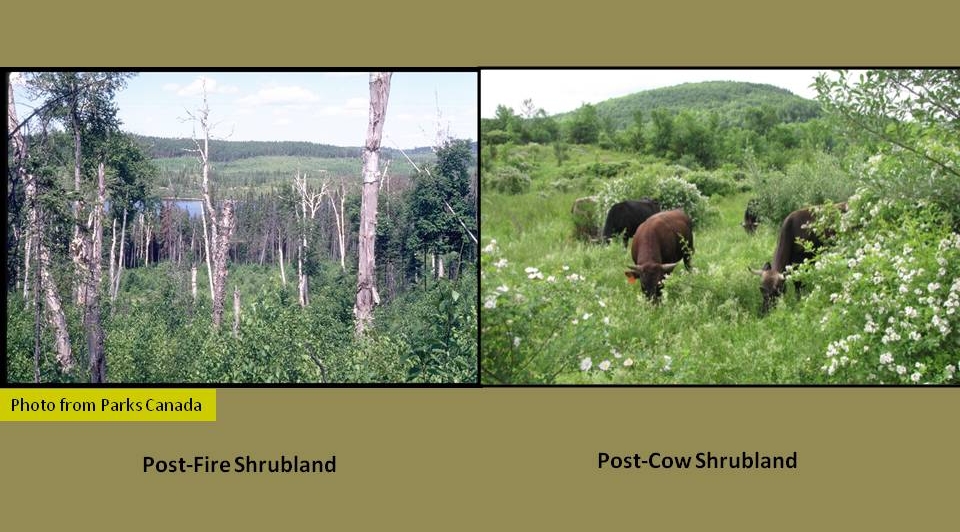 Fig. 1. Natural shrublands of the pre-European landscape probably occurred primarily around wetlands and active waterways and where fire or blowdown had reset the clock of plant succession.

Some of these shrubs are native; indeed, there is an interesting story to be told of Hawthorn diversity in such fields. Others - such as Multiflora Rose, European Buckthorn and Toringo Crabapple - are invasive. These habitats seem most important for vertebrates; there is a set of birds (Fig. 2) and at least one rare mammal (Fig. 3) who favor this type of cover. A few of our native butterflies (e.g., the Common Wood Nymph or, where Red Cedar is arriving, the Juniper Hairstreak) also seem to favor these areas. 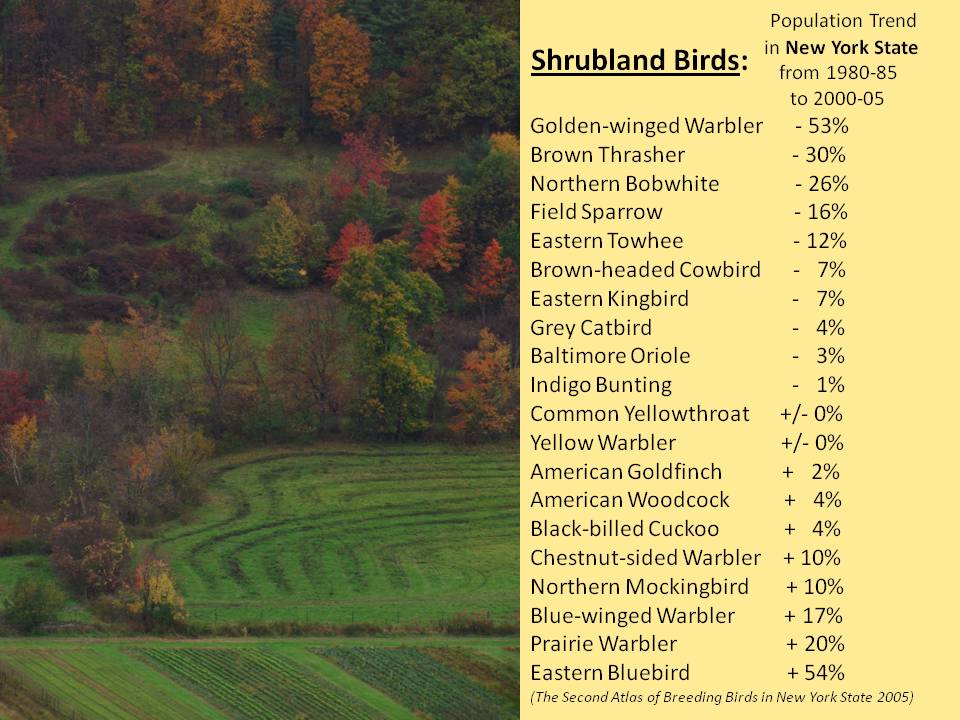 Fig. 2. Some shrubland birds have been experiencing large declines, probably due to habitat loss as wetland creation (via beaver and 'poor' drainage) is limited and as at least some disturbance (e.g., fire and flooding) is more strongly controlled. 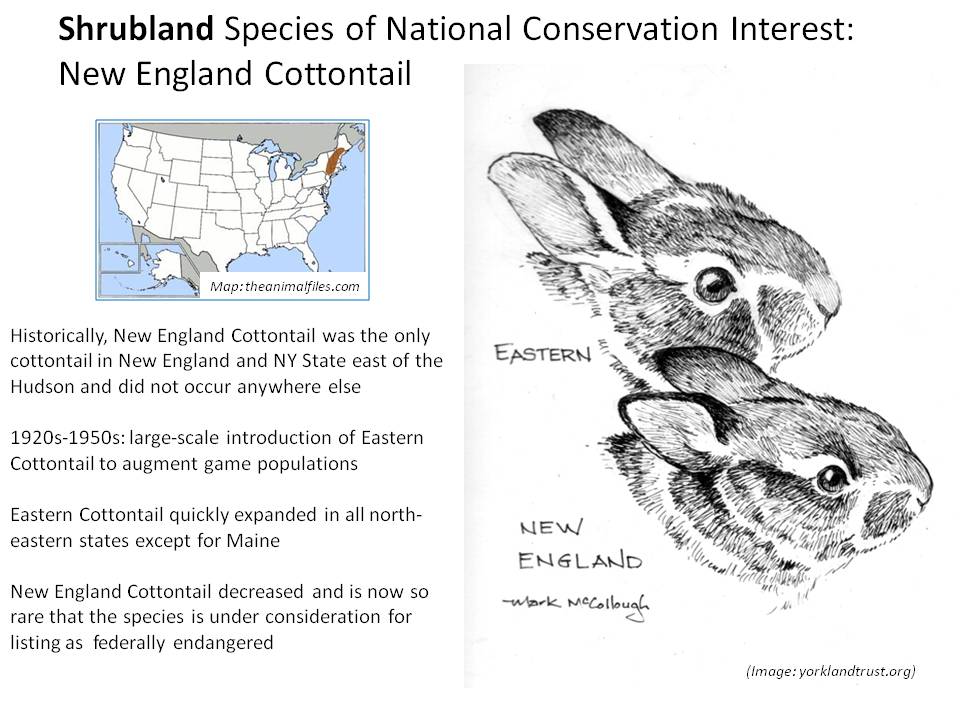 Management of such fields involves rotational brush hogging (or selective cutting) that insures forest trees do not become established. In some instances, removal of invasives may also be appropriate (although some of those non-native shrubs can be packed with bird nests and, during the right season, hungry bees). Part of the management is also psychological in that shrublands have sometimes come to connote neglect and abandonment; it is important to modify this reputation by recognizing their ecological value. 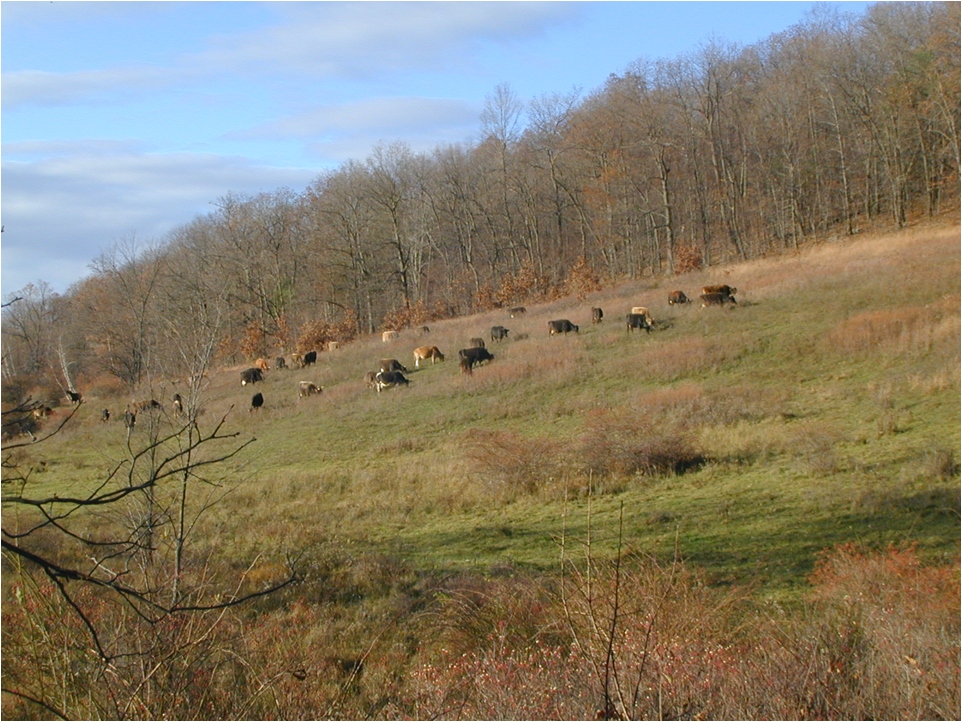 While shrubby pastures (Fig. 4) surely do not produce as much forage as more intensively managed pastures, they are more botanically diverse and some graziers believe they may help the herd by providing medicinal leys. Medicinal leys are pastures with a large repertoire of plants, wherein the animals can find ample opportunity for self-medication, i.e., they are bovine drugstores of a sort. For example, plants that are high in tannins, although not great as staples, may in smaller doses, help control gut parasites.